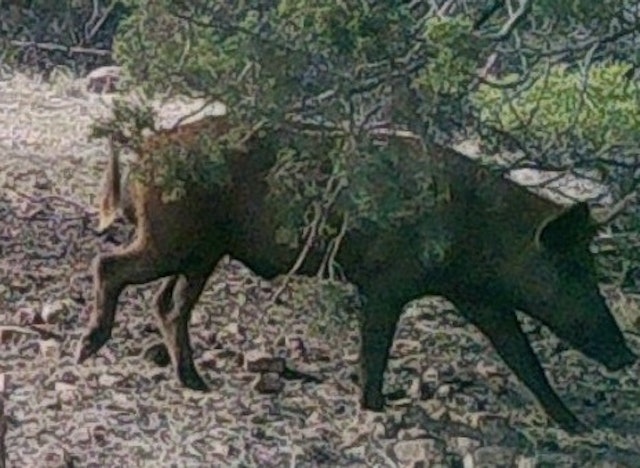 Feral hog numbers are on the rise in the United States. Likewise the problems they cause are also growing. With attention on this invasive species, many myths are circulating about feral hog history, distribution, biology, and damage. The following bullets will help get the facts straight.

Swine were domesticated thousands of years ago from wild stock in Europe and Asia.

Swine were first introduced to North America by Spanish explorers.

More recently, feral hogs have been introduced for hunting purposes in the United States.

Feral refers to returning to an untamed state from a point of domestication.

Feral hogs can be found in 38 states.

There are an estimated 4-5 million feral hogs in the nation and 2.6 million in Texas.

Females are reproductive at 8-10 months of age.

Females are capable of producing 10-12 piglets per litter, but 4-6 young born per litter is more common in the wild.

Females are capable of having two litters per year but usually have only one.

Sounders are groups of females and young of various ages.

Boars typically move independent of sounders but join them for short periods.

Feral hogs are omnivores, eating both plant and animal matter.

Feral hogs consume native wildlife and plants and jeopardize their population and health.

Feral hog rooting causes erosion and can compromise sensitive ecosystems as well as render some areas impassable for farm machinery.

Feral hogs will prey on the young of livestock and wildlife such as kids, lambs, and deer fawns.

Feral hogs harbor diseases (swine brucellosis, pseudorabies, and others), which can impact the livestock industry.

Feral hogs carry parasites that can be harmful to the livestock industry.

Protect yourself from wild hog disease