SHAD.OW / SHado — A dark area or shape produced by an object coming between rays of light and a surface.

Think about this very simple definition for a second… now lets apply it to hog hunting methods that use visible light to accomplish the harvest. 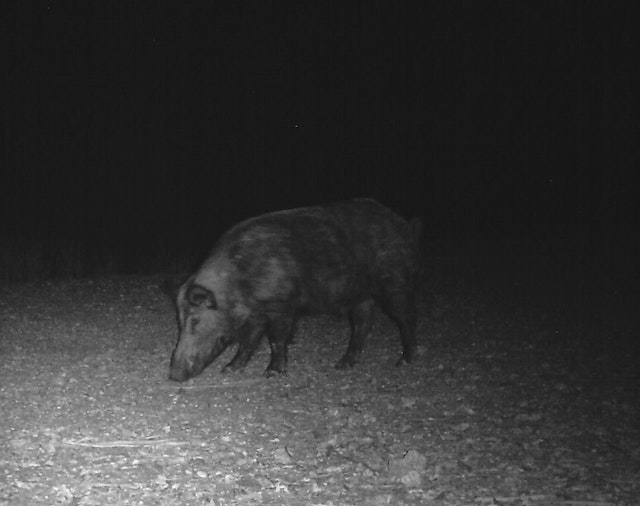 Feeder Lights - Simple operating principle, cast light from above, light a desired area that is conditioned with feed, scent etc... to attract hogs.

We’ve identified popular night hog hunting methods, now lets discuss what happens when you cast light into darkness and an object (hog, trees, feeder legs) comes between the ground and the light being cast, (HINT see earlier definition of SHADOW).

I have spent countless hours in the field conducting lighting effect tests to see exactly how hogs will respond to varying light conditions and angles.

I chuckle every time I read a statement that hogs have hearing 2x that of a deer or eyesight is bad, eyesight is good, sense of smell is x-times that of deer. I have no way of knowing how these claims could have been determined a little lone proven, I've coined a name for it - instead of nonsense @ the Hog/Shop we call it "HOGSENSE", and believe me there is plenty of it out there.

I'll stick to what I know to be factual, and that is how hogs react to varying light conditions. I have actually spent the night on top of a feeder with the intent being to test lights of varying color/intensity and the effects of these lights on hog behavior.

Sitting in a folding stadium seat atop a large spin feeder I would on occasion nod off, the sound of hogs under the feeder would let me know they are THERE!!! Conducting these light tests it didn’t take long to discover that the shadows effect the hogs in a way that you can’t detect from a distance. Passing the light across the body of one hog with other hogs in the background/shadow side of the hog being lit up, this would cause the hogs seeing the shadow to scurry off, only a short distance they weren’t spooked they just became more alert and skittish.

This same test conducted on different sounders approaching the feeder the results were the same. I also noticed that once the hogs became alert and jumpy any big boars in the group would be the first to cut a trail outta there.

In the case of lone boars I could create the same effect by passing the light across an extended arm throwing the shadow into the path of the boar. Same results, he would startle not spook and seem to be more alert, pausing to smell the air and look around.

Other nights I would observe hog behavior from the same vantage point with no shadows being cast, in these instances the hogs would move in and in short order, clear the area of corn and move on.

Applying this knowledge to common hog hunting methods it is easy to see the challenges today's hog hunters face.

FEEDER LIGHTS - Cast endless shadows. The industry has tried to improve the effectiveness of this method with varying light colors and motion sensors to bring lights on; slow illumination of the area; and even mimicking moon light. Regardless of the approach the shadow will be there and it will effect hog behavior in the area.

RIFLE/BOW mounted lights - Keep in mind, over time you “light it up” and the potential for throwing shadows now exists. If your light beam passes trees, feeder legs, other hogs, you are casting shadows.

Limit your scanning or eliminate it entirely by adding the patented GAME ALERT® module to your arsenal. Whether you are using rifle mounted lights or night vision the GAME ALERT® module eliminates the need to constantly scan the targeted area. Simply sit back and await the illumination of the single point red LED that does NOT light the targeted area. Once it lights you know its "GO TIME", level your weapon and light the area with your rifle mounted light or night vision and take the shot. Slip back into stealth mode and await your next shot. Take back the night with GAME ALERT®

For additional information & demo's of Hog Hunting techniques and methods, check out our YouTube channel by clicking this link.