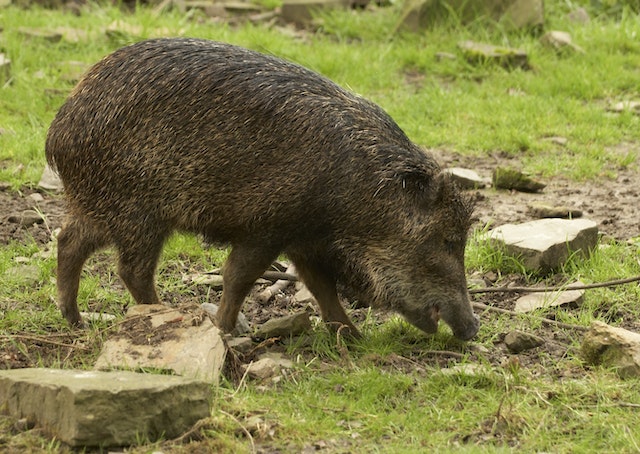 The feral hog population is currently spinning out of control – Texas alone has over 2 million feral hogs statewide, and hogs can be found in at least 39 other states. In Louisiana feral hogs caused an upwards of $74 million in damages to crops and land in 2013 alone, and are a current factor in the state’s declining deer population. The breeding rate of hogs is a significant factor in their rapidly increasing population – hogs can breed year-round and sows can have up to two litters of six piglets every year. If not kept in check, the population will continue to grow, leading to millions of dollars in yearly costs and irrevocable damage to state wildlife.

One method of population control is hog hunting. Due to the nuisance nature of hogs, the danger they pose to native wildlife, and the costly damage they cause in lot crops and equipment, many states allow hog hunting year-round. One of the most effective ways to hunt hogs and control their growing population is to hunt with feeders. Feral hogs are, quite literally, pigs – they think with their stomachs, and will readily come out in the open to feed. Check out our four tips below for using a feeder successfully when hog hunting

SET UP YOUR FEEDER TO DISPENSE FOOD AT SPECIFIC TIMES
It’s advisable to use an automatic feeder that you can schedule to dispense food at specific times. Once the hogs learn to associate the feeder and those specific times with food, they’ll become conditioned to show up consistently at those times. Because hogs are nocturnal animals, the feeders should be set to dispense food during nighttime hours that they’ll be up and feeding, such as 9PM or 10PM.

USE THE PROPER BAIT TO DRAW HOGS INTO THE AREA
Hogs are omnivores, so finding food they’ll eat isn’t difficult – natural food sources of hogs including dry corn, acorns, plant roots, and various animals. However, there’s a difference between giving a hog something to eat and baiting a hog. While any of the aforementioned food sources will certainly work in a feeder, you’ll need something with a little more oomph to draw a hog in to the open. Hogs are innately drawn to sweet smells, so mixing grains with other edibles that emit a sweet odor – such as molasses or overripe fruit – is an effective way to get their attention. For more ideas, check out these cheap DIY hog bait recipes – including one that uses Kool-Aid.

ATTACH A FEEDER LIGHT FOR PRECISE HUNTING
Once you’ve scouted a spot for your feeder and whipped up the perfect hog draw, it’s time to delve in to one of the most challenging aspects of hunting at night – seeing the animal. When hog hunting with a feeder, one of the most effective ways to ensure you don’t miss your shot is by using a feeder light. Traditionally, a feeder light attaches to the underside of hog feeders, and illuminates when an animal is in the area, signaling to the hunter that it’s time to take aim. However, this method comes with a number of drawbacks, most notably that extended illumination of the area can spook the hog. The HOGMAN-OUTDOORS Game Alert® Night Hunting Module is the solution to this problem. The Game Alert® module has a magnetic base, which allows it to easily attach to the underside of a feeder like traditional feeder lights. However, the module is unique in that it contains a recessed single point red LED light, which only illuminates for a brief period of time when game presence is detected. It in no way illuminates the game; instead, it serves as a discreet alert to the hunter that game is in range, without ever disturbing the animal.

USE A TACTICAL FLASHLIGHT FOR TOTAL TARGET ILLUMINATION
Alright, at this point you have your feeder set up and full of sweet-smelling bait sure to attract hogs. So what’s the next step – how do you up your odds of making that critical kill shot?

The answer is a tactical flashlight. A tactical flashlight allows you to sweep the area, providing total target illumination and increasing your chances of success. Our Game Alert® Rifle Kit includes a long-distance green LED flashlight and rifle/scope mount ideal for night hunting. Designed to give you total target illumination in access of 200 yards, the Game Alert® Rifle Kit simplifies night hunting by giving you eyes on your target and increasing shooting accuracy. For more information, check out our article on why green lights are the best for hunting hogs.

When used correctly, feeders are a surefire way to draw hogs out into the open. Combined feeders with the proper hog hunting equipment, and you’ll be bringing home the bacon – literally. Advantage: Hunter.