Local leaders in Anderson County, South Carolina have called in the South Carolina Wild Hog Task Force to educate residents on how to protect their property as the feral hog problem in the county continues to grow exponentially. 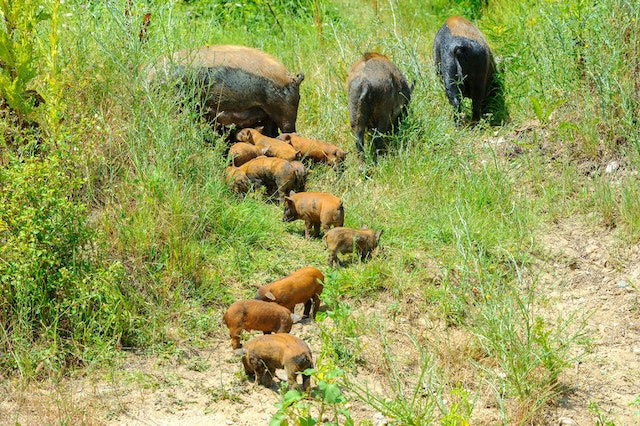 South Carolina has seen an increase in the feral hog population in recent years, due in large part to the animal’s rapid reproduction rate. According to the Wild Hog Task Force, the presence of feral hogs has been reported in every county in the state, and the population has grown to an approximate 150,000. As the population grows, so does the damage caused by the pigs: estimates for yearly agricultural damage and control of the hogs are projected to be in the tens of millions of dollars. In addition to crop damage, officials are concerned with the economic impact the hogs could have on the state, due to their tendency to kill cattle, and through the possible spread of zoonotic diseases to the livestock community.

One way to control feral hog population is through hunting. South Carolina state law allows you to hunt wild hogs with no restrictions during the daylight. Night time hunting is only allowed from March to July, and you need to give South Carolina Department of Natural Resources (SCDNR) a 48 hour notice before you hunt.

For maximum advantage during night hunting, take your Hogman Game Alert® Night Hunting Module and LED Field Floodlights with you if you decide to go.

The Impact Of Feral Hogs On Deer