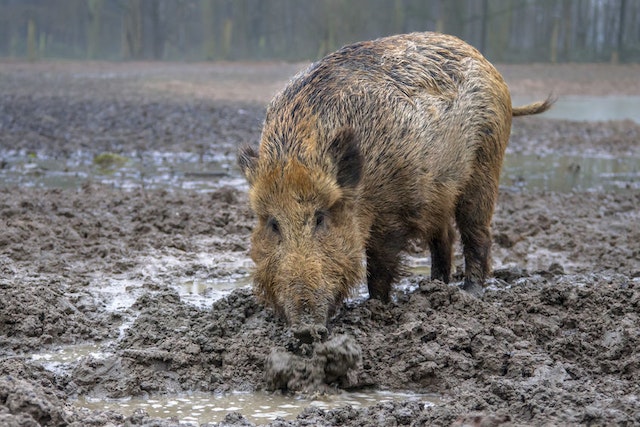 “I would say it’s becoming a very big sport,” Ard said. “All of us (hunters) have gotten more nocturnal. It seems hogs have gotten wise coming out in the daytime. Now they move a lot at night instead of during the day.”

Hunting hogs at night has grown in popularity in several years throughout states like South Carolina and Louisiana, where the escalating feral hog population is having a negative impact on local land and animals. As of 2011 there were an estimated 150,000 wild hogs in South Carolina alone, according to the South Carolina Wild Hog Task Force. The project cost in agricultural damage and control efforts is in the tens of millions.

Night hunting in South Carolina runs through March to July 1. After getting a state-issued hunting license, hunters must give the South Carolina Department of Natural Resources (SCDNR) 48 hours in advance to hunt a specific land plot

For maximum advantage during night hunting, take your HogmanGame Alert® Night HuntingModule and LED Field Floodlights with you if you decide to go.