The Hunter Becomes The Hunted In The Off Season

Humans have been hunting for survival since we lived in caves, but so have wild animals. These beasts still prey on smaller animals for their food, which is what makes Predator Hunting such a challenge. We’re going up against animals that are natural hunters, and turning the tables on them. 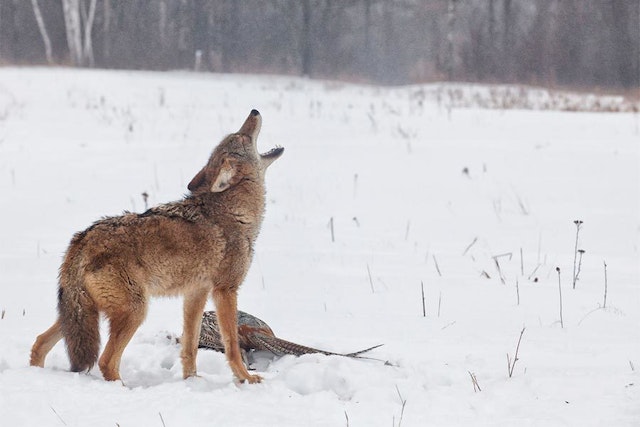 Not only is predator hunting seen as a challenge, but also a public service. In many instances, private property owners allow hunters to come take care of disruptive animals that have been causing havoc on their land. Whether it’s a pack of coyotes that’s been going after a farmer’s livestock, or feral hogs causing land depredation, hunters have the right to kill such predators, and people are grateful for it. By taking care of a neighbor’s problem, and spending more time in the field honing their skills, hunters are able to kill two birds—or predator—with one stone.

When it comes to predator hunting, knowing how to shoot is only half the battle. Do your homework! Get to know your prey. Remember, you’re hunting animals that survive by preying on those further down the food chain. The hunt is instinctual to them, which means you need to be twice as clever and strategic when going after them. Learn about their diet and their breeding season, how to recognize their tracks, what their mating and distress call sounds like. By knowing the behavior of your target, you’re able to predict its patterns, and become the superior hunter.

As it is with most things, it’s important that you have the right equipment for predator hunting as well. In addition to camouflage, packing a rest for your gun is a good idea since it will minimize movement on your end. Not only does this ensure you get an accurate shot, but it also reduces the risk of spooking your target with a lot of rustling noise. It’s also a good idea to come equipped with hunting calls, particularly distress calls of smaller animals that will attract predators looking for a quick meal.

Before going out to take down your targets, it is imperative that you know the hunting laws in your state. When it comes to predator’s there are certain exceptions to laws and license requirements. Coyotes can be hunted all year, and no license is required if they are attacking, about to attack, or have recently attacked livestock. Licenses are not required to hunt feral hogs if they are causing depredation on and owner’s land. Even though predator hunting regulations are less stringent and gives hunters a little more leeway, remember to always double check the laws for hunting licenses in your state. Once you’ve done your due diligence, go claim your spot on top of the food chain.

So, Where Do I Aim For The Quickest Kill?

Cooking Wild Hogs Not As Tricky As You Think