Cooking Wild Hogs Not As Tricky As You Think

Your Game Alert Module did its job and alerted you when that good eating porker came in to feed and the powerful light with your Game Alert Rifle kit made the shot an easy one. Now, you have what can be some of the best eating in the wild on the ground. You have been told wild hogs are not good eating; other of your hunting buddies brag on just how tasty they are. It’s time to go to work and learn for yourself! 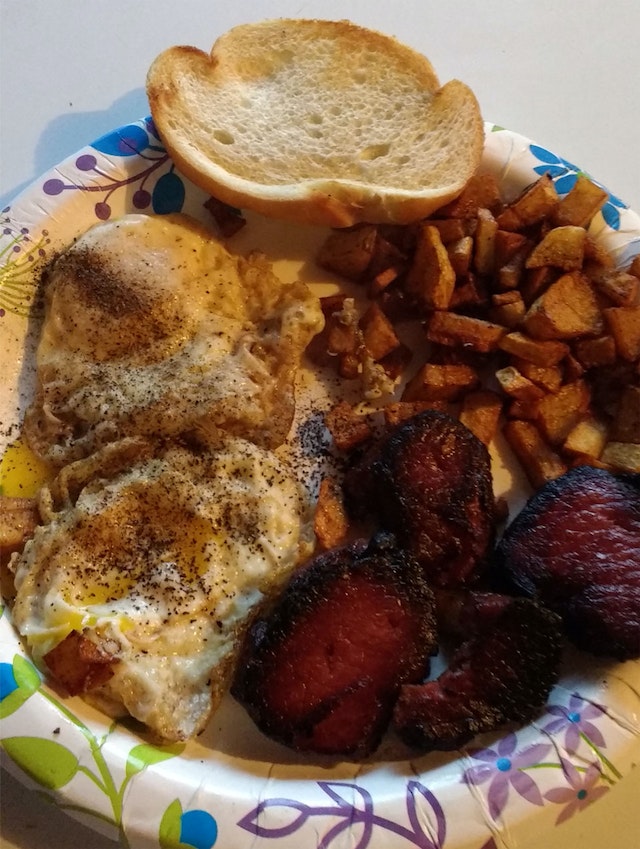 Even the oldest boars can be used for making sausage and the backstraps on older hogs are usually very tasty when smoked or chicken fried. If the hog you harvest happens to be a young boar or fat sow of any age, you are in for some excellent eating.

Most wild hogs have far less fat than their domestic counterparts which calls for slow cooking with moisture. A hindquarter from a wild hog makes some very tasty pulled pork BBQ. Begin by injecting the ham with either BBQ sauce or butter with Cajun Seasoning. Place the ham in an aluminum pan and add an inch or so of apple juice and layer the top of the ham with fatty bacon; pour a layer of BBQ sauce over the top. Since long smoking at low heat is the name of the game, it’s hard to beat a quality electric smoker. Add wood to the smoke box of your smoker. Any good hardwood or fruitwood will work just fine.

Allow the pork to smoke, uncovered for 2-3 hours. By this time, the amount of smoke will dissipate. Now, check and make sure you have plenty of moisture in the pan, if not add a bit more apple juice or BBQ sauce. Cover the aluminum pan with heavy duty aluminum foil. Make sure and pinch the foil tightly around the top of the pan, you want a tight seal.

If you are using an electric smoker, set the thermostat at 190 degrees, close the smoker’s door and let the slow heat, moisture and long cooking time work its magic. I usually begin my smoking in the early afternoon so that I cover the meat just before bedtime. I let the meat smoke all night, until I wake up the next morning. I’ve found it takes around 14 to 15 hours of low heat to get the wild pork “fall off the bone” tender. Make sure and drain all the juice/BBQ sauce from the pan.

After the meat cools, it’s time to debone it and chop across the grain of the meat. Now is the time to apply more seasoning such as garlic powder, salt, pepper, chopped jalapeno, etc. Season it to taste. I always “freshen it up” with a liberal amount of BBQ sauce. Wild pork lends itself well to a variety of seasonings. If the pork is very lean, I usually chop the bacon that was used for basting along with the pork.

Heat some BBQ buns, invite a few friends over, pour a big can of BBQ beans into a cast iron skillet and add some of your chopped BBQ. And then, let your friends be the judge as to the question, “Are those wild hogs really good to eat?”

The Hunter Becomes The Hunted In The Off Season