Hog hunting is becoming increasingly popular in the southern Gulf States, where the feral hog population is growing at an alarming rate. A non-native species, feral hogs are aggressive animals that breed quickly and threaten the safety of native wildlife and crop. The current estimated feral hog population in the United States is in the millions; Texas alone currently has a population of almost 2.6 million. With the hog’s current breeding rate, about 70 percent of the population needs to be eradicated annually to prevent further growth. 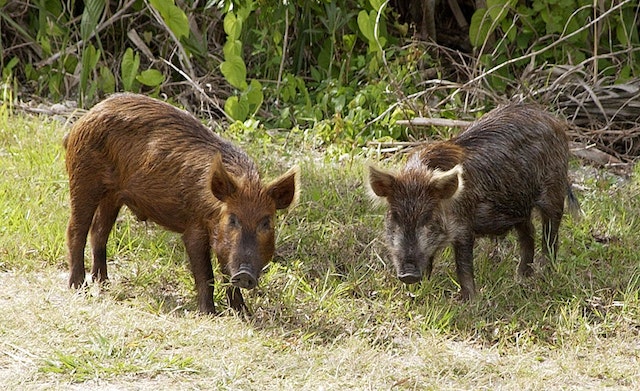 The rapidly growing population of feral hogs has led to lax hog hunting regulations in some states, particularly those affected by the epidemic, such as Texas and Louisiana. Although regulations vary state-by-state, the majority of the southern Gulf States allow hog hunting on private-land year round; some states don’t regulate hog hunting at all on private or public land.

Feral hog hunting is a dangerous sport, even for experienced hunters. Beginner hog hunters should be especially careful when tracking the animal; feral hogs can be aggressive, particularly if they feel challenged or if their piglets are in danger. Below are four tips to help make your hunt safe and successful.

Know How to Track Hogs

The ability to detect and track hogs is critical to hog hunting. There are several signs to look for when tracking a feral hog, including:

Feral hogs are notoriously aggressive animals, so using predator calls is an effective way to get them out in to the open. From a downwind position, call to the hogs using predator sounds in short bursts. Feral hogs typically respond quickly, removing themselves from cover. Remember that hogs will be charging, so you’ll want to keep a safe distance when using this method.

Another way to get a hog’s attention is using the recorded sound of piglets in distress. Sows are extremely protective, and are easily drawn into the open if they believe that their offspring are in danger.

As hog hunting has become an increasingly popular method to control the expanding population, hogs have adapted to hunter behavior by becoming nocturnal. This nocturnal behavior means that the best time to hunt hogs is often when they’re feeding at night. Several states allow the hunting of hogs on private and public land, with and without artificial light. Hog hunting equipment such as the Game Alert® Hog Hunting Light, which can be attached to the bottom of feeders and provides momentary illumination when a hog is within range, simplifies the process of hog hunting at night.

Know Where to Hunt

You’ll have better luck hog hunting in some states than others. Below are the three states with the largest feral hog populations and the loosest hog hunting regulations.

For more about the regulations of these states and others, please visit our hog hunting regulations page.

Where to Hunt Feral Hogs Year Round