Louisiana’s out-of-control feral hog population is wreaking havoc on the state, leading to a decline in the deer population and causing an upwards of $74 million in damages in 2013 alone. 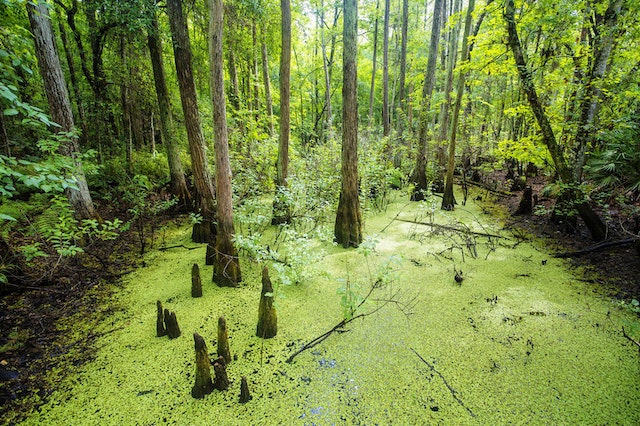 According to a new study by the LSU AgCenter, feral hogs cost Louisiana approximately $53 million in damage to crops and $21 million in non-production losses in 2013. The study, which was conducted by AgCenter Economist Shaun Tanger, is based on a year-long survey of Louisiana farmers, and does not take in to account damage to state and federal lands or rural and suburban properties. Costs accrued include production losses caused by hogs rooting up and eating crops, as well as by damage to farm equipment and pastures. Farmers have spent $6.3 million replanting crops destroyed by feral hogs.

Louisiana’s feral hog population is currently estimated at half a million, making it home to the second-largest population in the United States, after Texas. The breeding rate of feral hogs makes the population difficult to control; hogs can breed year-round and sows can have up to two litters of six piglets every year. According to the 2014-2015 Louisiana Deer Report, conducted by the state’s Department of Wildlife and Fisheries, hunters took nearly 300,000 hogs in the 2014-2015 hunting season, but the population shows no signs of slowing down.

The rapidly expanding hog population is doing more than wreaking havoc on crops and land; it’s posing a serious threat to Louisiana’s native wildlife, specifically the deer population. According the Deer Report, feral hogs are a direct factor in the state’s falling deer population, which is leading officials to consider imposing a shorter deer hunting season in order to prevent overharvesting. Among the main concern is the fact that deer compete with the omnivorous hogs for limited food resources, and that hogs will eat deer fawns.

Louisiana has considered several methods of containment over the years. In 2015 two bills were introduced to curb the hog population: House Bill 306, which would establish an expensive lifetime hunting license for feral hogs, and House Bill 167, which would allow night hog hunting year-round on private land. Both bills are currently awaiting passage in the House.

While lawmakers search for better ways to curb population growth, one supported control method for feral hogs is hunting. Louisiana’s hog hunting regulations currently allow hunters with a valid Louisiana hunting license to take feral hogs year-round during legal daylight shooting hours. If the state can’t find a way to slow population growth, the consequences could be catostrophic for the state.

“It’s a problem now, but there’s plenty of room for it to get worse,” said Tanger.

How To Stay Safe While Feral Hog Hunting