Protect Yourself From Feral Hog Diseases And Brucellosis When Hog Hunting

Hog hunting is a popular pastime among many hunting enthusiasts, and is a supported population control method for the non-invasive species. While hunting hogs is enjoyed by many, it can also be a dangerous endeavor. In addition to the aggressive nature of hogs, which can put hunters at risk, feral hogs also carry diseases which can be transmitted to humans. One of the most common diseases carried by feral hogs is swine brucellosis. 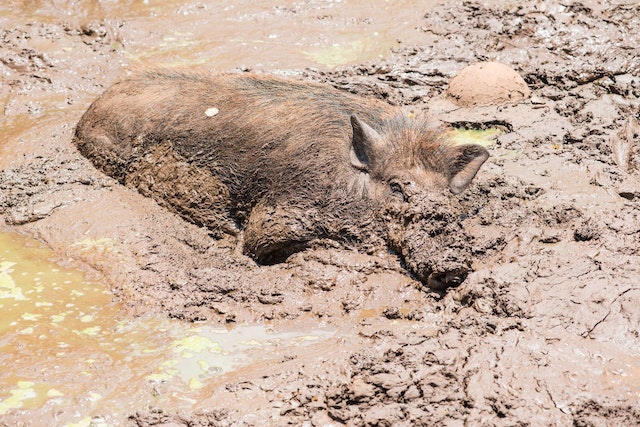 What is Swine Brucellosis?

Swine brucellosis is one of the most common diseases carried by feral hogs, which can be transferred to humans. The infections disease can be transmitted when humans come in contact with any animal or animal product – including blood, fluid, or tissue – that has been infected with the bacteria; contact may be spread through the eyes, nose, mouth, and skin. Because hog hunters are more likely to be exposed to an infected animal’s blood and tissue, through field dressing and butchering, they face an increased risk of contracting brucellosis. Additionally, brucellosis can be transmitted through raw or undercooked meat.

Brucellosis presents itself in humans like the flu; symptoms include fever, chills, headache, and fatigue. Although the disease is not frequently fatal and can be treated with antibiotics, it’s important to see a doctor if any symptoms begin appearing shortly after handling or eating a feral hog. Brucellosis can also be passed to dogs, where it is much more severe.

How Can You Prevent Swine Brucellosis?

Because swine brucellosis is transmitted through contact with infected fluids and tissue, there are a number of ways to prevent contracting the disease when on a hunt.

Hunters face an increased risk of contracting swine brucellosis, an infectious disease that can be transmitted from feral hogs to both humans and dogs. With the proper knowledge and prevention tactics, hunters can have a safe and successful hog hunt. For more information on how to protect yourself in the wild, visit the CDC’s Swine Brucellosis page.

Feral Hog Hunting: How to Take Advantage Of Hog Weaknesses