When it comes to butchering wild hogs, there are a number of techniques that will ensure you get the best eats from your porker. In this article, we’re going to be focusing on those primal cuts — the largest, workable cuts on the animal that will produce the best meat — and show you some DIY butchering skills that, once mastered, will set you up for life. 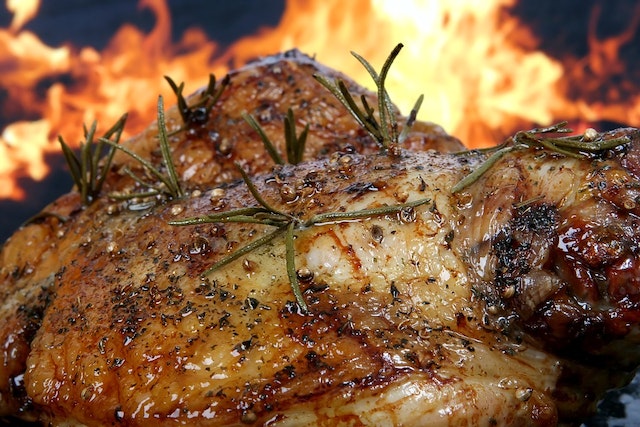 TIME TO GET TOOLED UP
No self-respecting butcher would ever attempt to prepare hog meat without the right tools, and you should reserve the same attitude when it comes to butchering at home. We recommend the following tools for the best results:

HALVING THE ANIMAL
Before you can get to the good stuff, you’re going to need to split your hog in half. Start by splitting the breastbone with your rigid knife. Next, turn the animal over and locate its center by putting your finger in the neck bone. Take your rigid knife again and cut a line from neck to tail — this will be your guide for halving the carcass with your meat saw. When you are making your guide, cut right through the meat until you hit the breastbone. This will give you a clean guide in which to rest your meat saw and will prevent meat being torn and fragmented during the sawing process.

Next comes the sawing. It can be hard work and may require two people. Take your time when sawing. There is no big rush, and the more care you take, the cleaner cut you’ll achieve. Once the hog is halved, give it a good clean inside, removing any veins or organs. These have strong flavors that can overpower the delicate flavor of the meat.

MAKING THE PRIME CUTS
It’s time for the exciting part — getting to those prime cuts that are going to yield some of the best pork you will ever taste.

Tenderloin
We’re going to start with the tenderloin, which, as its name suggests, is one of the most tender cuts. Tenderloin is great lightly seasoned or marinated, and can be left whole or cut into medallions. The tenderloin runs parallel to the backbone and finishes near the tailbone. You should be able to pull the tenderloin away and neatly cut it away from connective tissue with your slicing knife.

The Ham
Start at the back leg for a short ham or the shoulder for a full ham and cut through with your meat saw. A full ham will obviously give you the most meat.

Top Loin and Bottom Belly
Now it’s time to cut the top loin and bottom belly. These are the final prime cuts. Take the side and make a line with your knife to split the belly. Cut through the ribs in a straight line using your meat saw until they split into two halves to create the top loin and bottom belly. Pork belly is delicious cured, roasted and cut into chunks. You can also choose to prepare these cuts as they are or cut them down even further into sub-prime cuts, such as loin chops and bone-in chops.

Now that you’ve got the basics of DIY butchering down, you can extend your knowledge and skills by working on other animals and work towards a truly rewarding self-sufficient lifestyle.

How To Field Dress A Hog